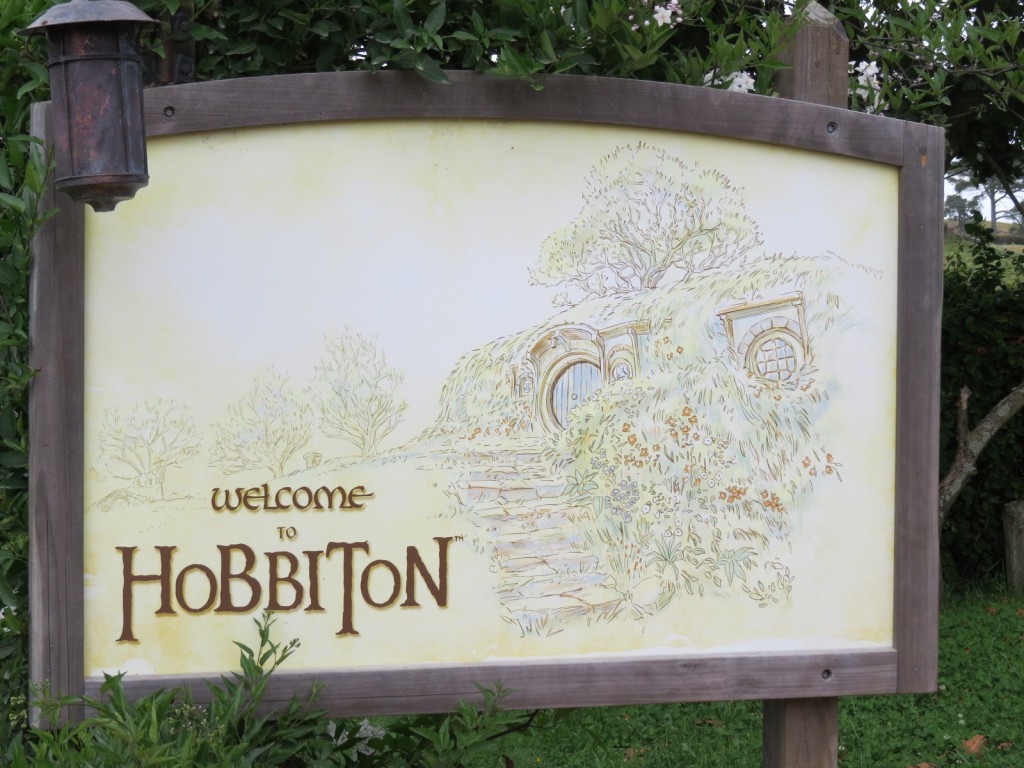 We have been transported to the incredible land of the Shire.  You need to be short, have hairy feet and like a good journey.  We got to be Hobbits for the day. 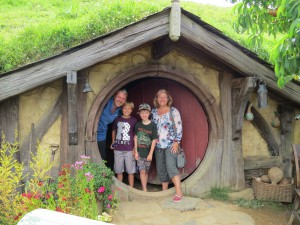 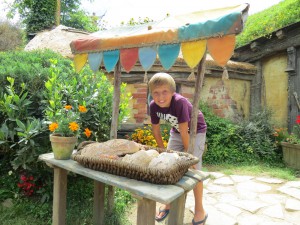 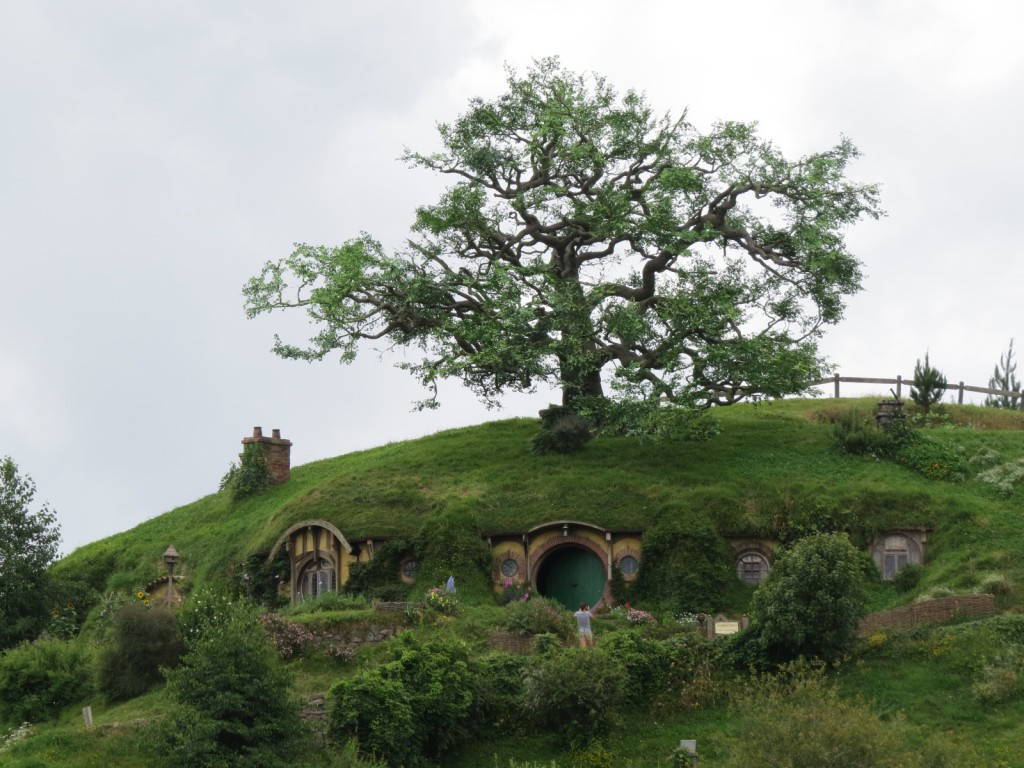 We had a nerdy tour guide who knew everything and had probably watched the movie thousands of time who told us about the making of the movie set and how each perspective made the hobbit actors look shorter, including having different sized hobbit houses.  We were disappointed that the inside of the houses were not inside but filmed in warehouses in Wellington. 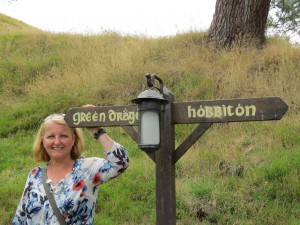 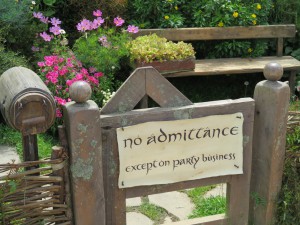 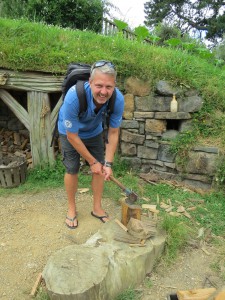 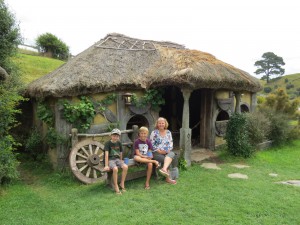 Fancy a drink at the Green Dragon Inn?  They even served it in pots! 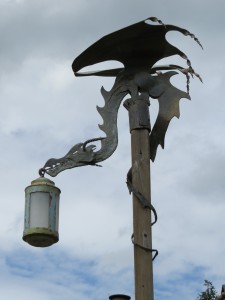 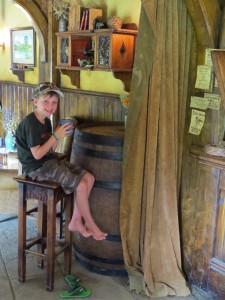 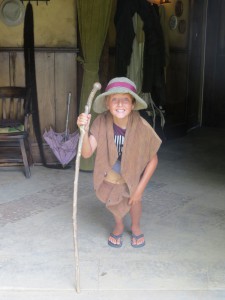 I tried being Hobbit sized! 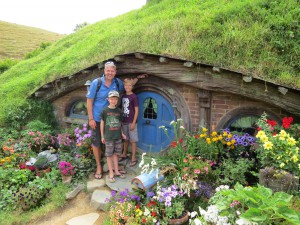 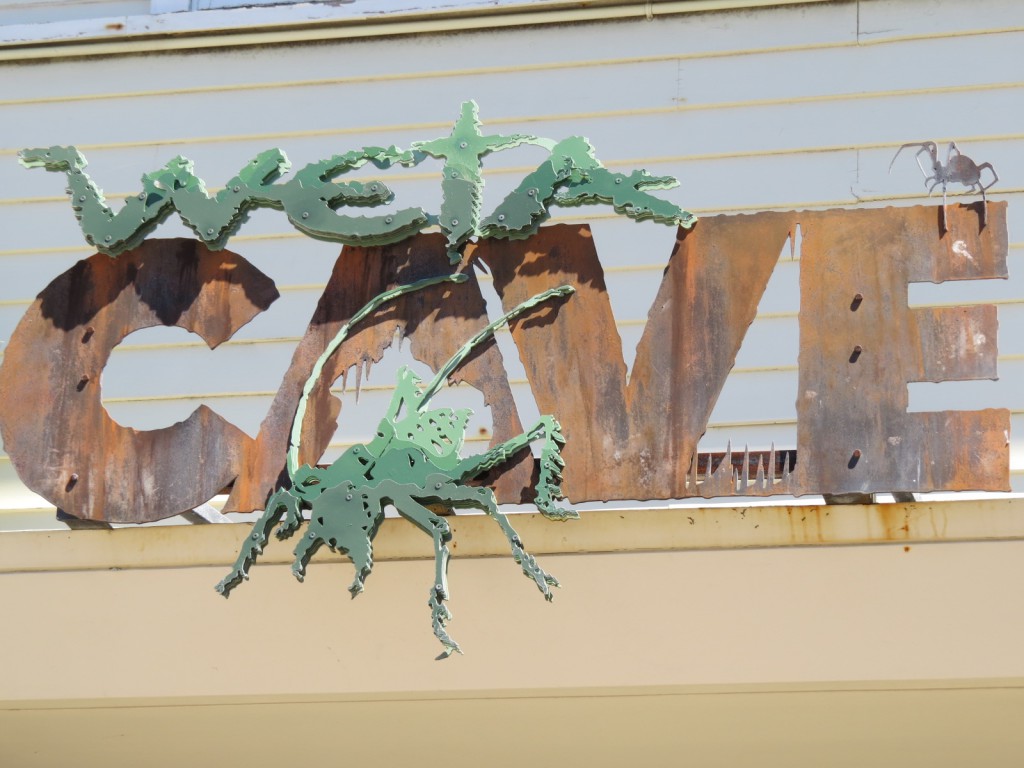 We went to WETA Workshop Cave in Wellington to see how they costumes and props were created for the movies.  Unfortunately we were not allowed to take pictures inside due to secrecy for new movies but we think they might be involved in making stuff for the new Avatar movies?  They are making the new TinTin movie at the moment.  This is what we did get two see, costumes of elves and orcs and the processes for making stuff from plastic, plus we got to try on some rubber skin that the dwarves would of had during the filming of the Hobbit, it was very uncomfortable.  There was a section where the sword master would make metal swords for close-up shots and we got to hold a copy of Sting (Bilbo & Frodo’s sword). In the gift shop I bought Killi’s runestone that is shown a lot in number 2 & 3 of the Hobbit.  Ollie bought a Dwarf coin from the gold held by Smaug the Dragon.  Luckily Gollum had already caught a fish and was not in the mood for fingers! 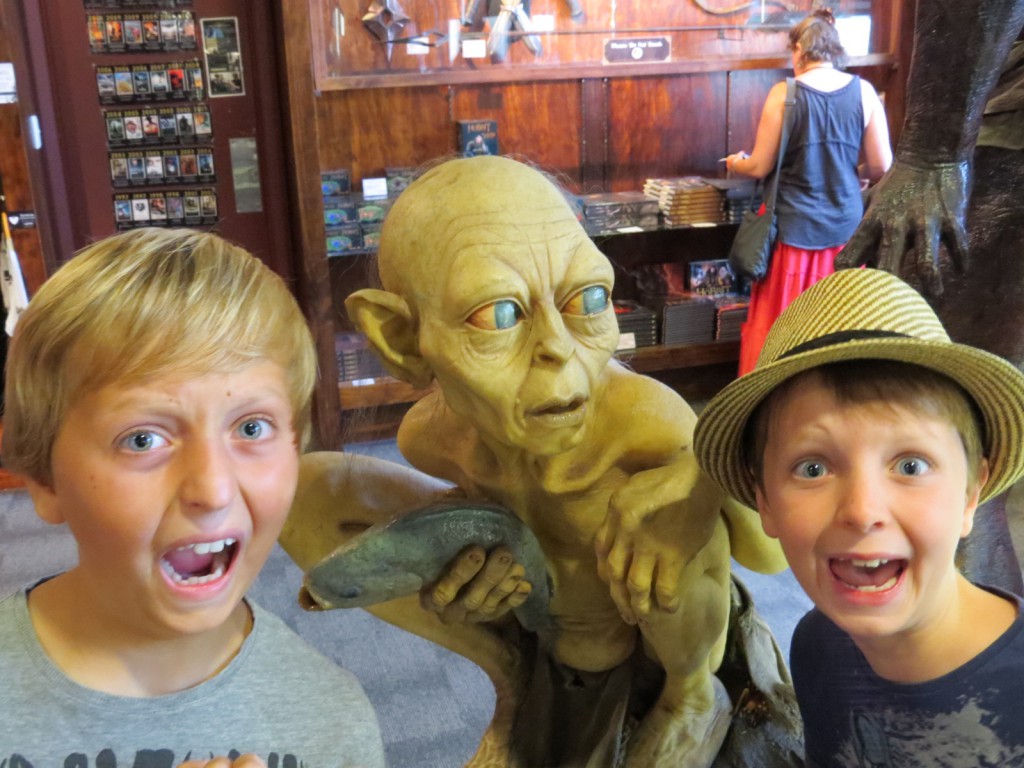 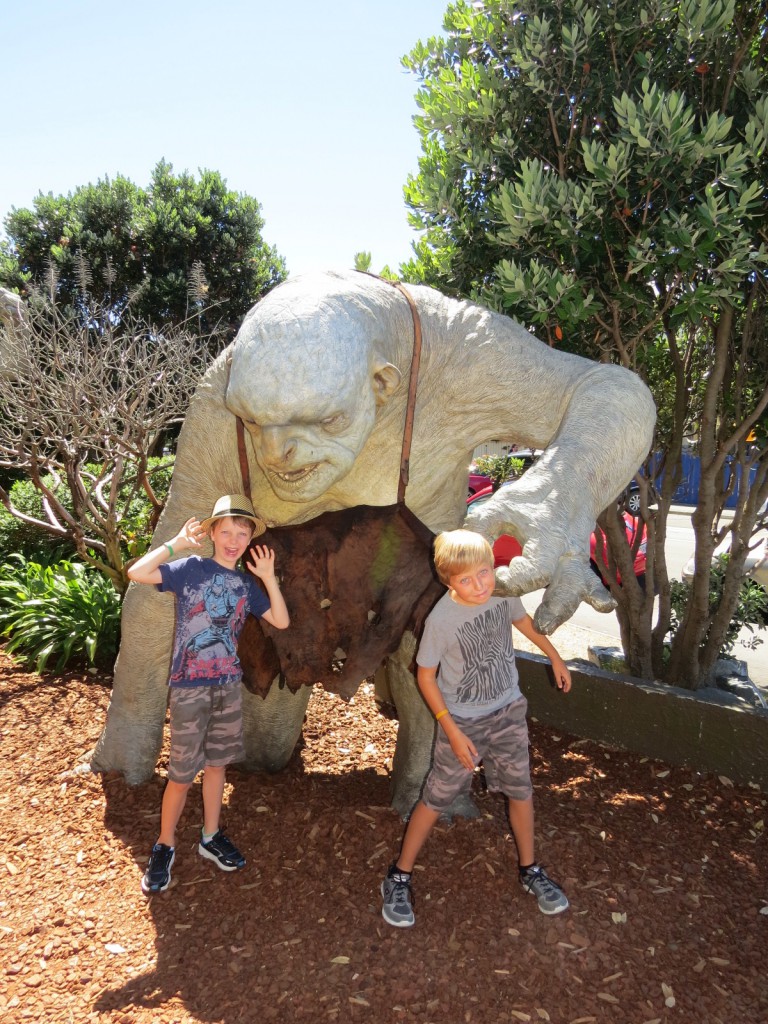 We were greeted by some huge life-like Hobbit mountain trolls!  And Dad was a bit scared of Azog, the large Orc that is on display at the Te Papa Museum in Wellington too. Also that evening we went to the cinemas to see The Hobbit-Battle of the Five Armies which was amazing but I don’t want to spoil it for anyone! 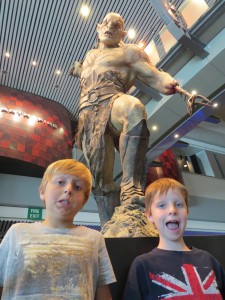 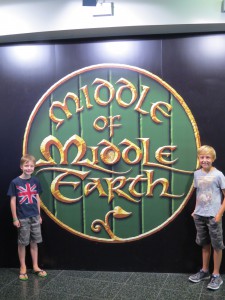 4 Responses to Welcome to Middle Earth!