Return to OZ. Travelling across the Nullarbor. 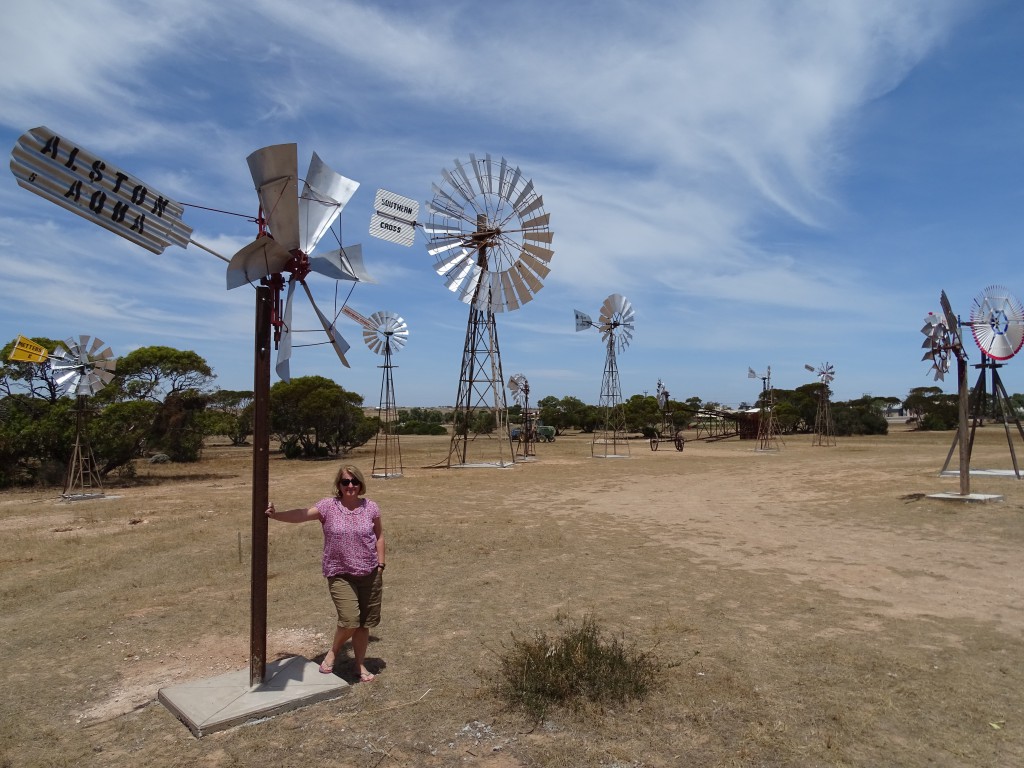 It’s always nice to return to somewhere familiar, and so it was for us back in lovely Perth. Although once again it was to be a short visit, long enough to check in with our family (thanks for the hospitality Tim), pick up the car & camper-trailer from Penny’s (thank you again for keeping them safe), and washing & repacking our bags ready for the next part of the trip. 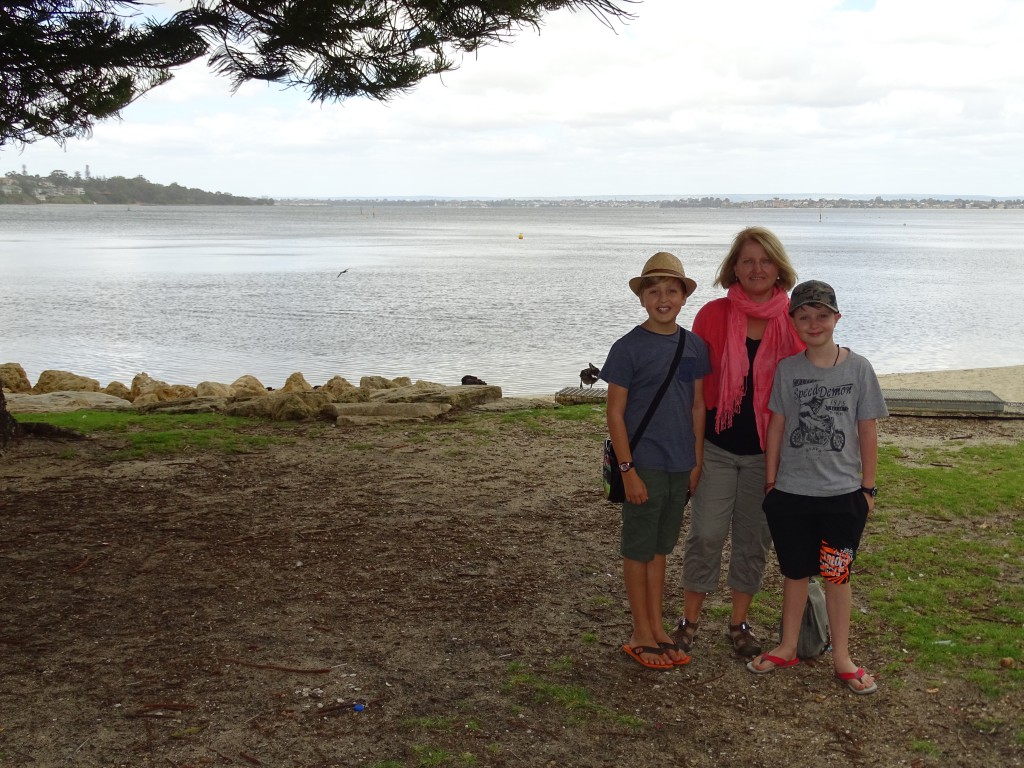 We did a little bit of sightseeing, doing a tour of the fascinating historical Freemantle Prison, just the right amount of interesting and squeamish. The boys then had another great sleepover with Auntie Penny & their cousin Charlotte, who totally spoiled them with Xmas lights and board games that used whipping cream! 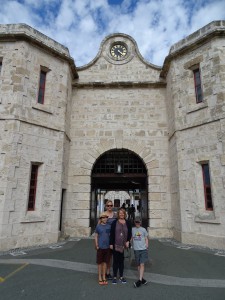 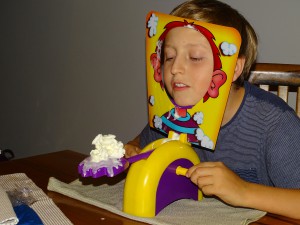 Ben and his brother Tim managed to fit in a decent bike-ride along the Swan River and a pub visit. We squeezed in a walk down the East Fremantle Fair Markets (very different to Thailand), and cousin Megan & her boyfriend Ben cooked us dinner the day after Ben (her’s not mine!!) had completed an epic Ironman Event (we were SO impressed that he could still walk). A bit of Xmas shopping, then we were off once again, but saddened we couldn’t spend more time with the Perth Walkers! 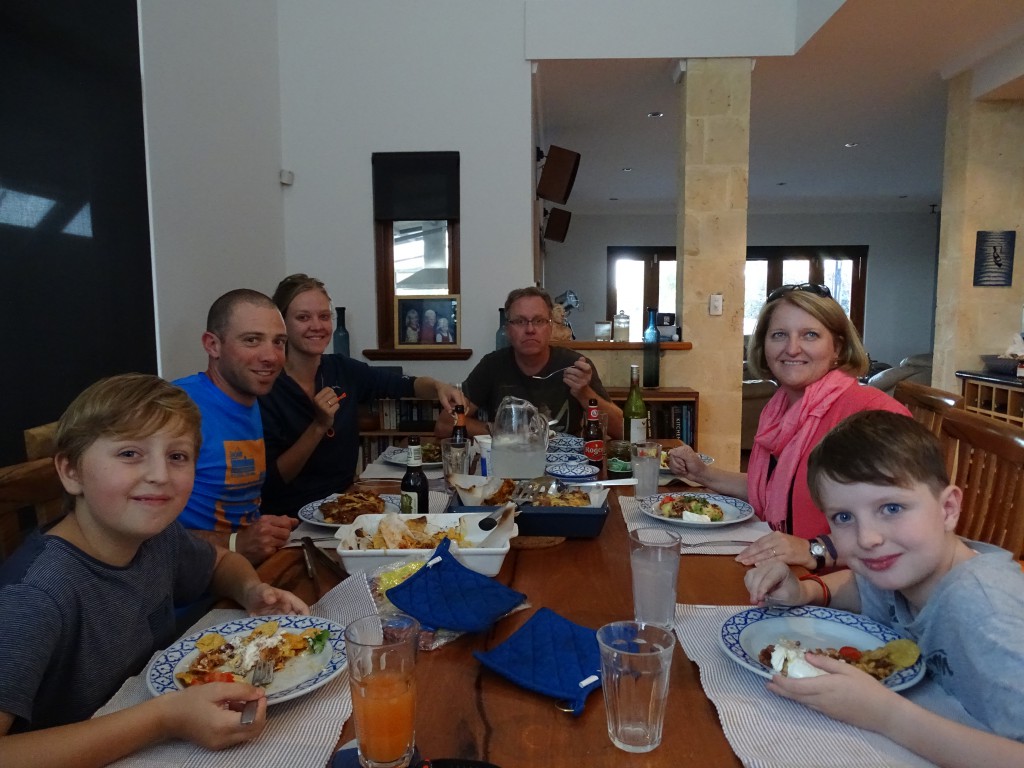 Now old hands at Outback travel, we embarked upon our 5,000km journey across the bottom of OZ with less trepidation than last time, knowing what it’s like to do LONG days in the car. We headed to Kalgoorlie first, the home of the ‘SuperPit’, a massive gold mine. Unfortunately there had been severe weather a few days before we arrived, so we weren’t able to the tour we had booked, but we were able to see this impressive hole in the ground from the viewing area. It’s immense, the massive CAT trucks looking like tonka trucks as they travel up and down the inside of the pit transporting the gold-ladened rocks. Ben was entranced! 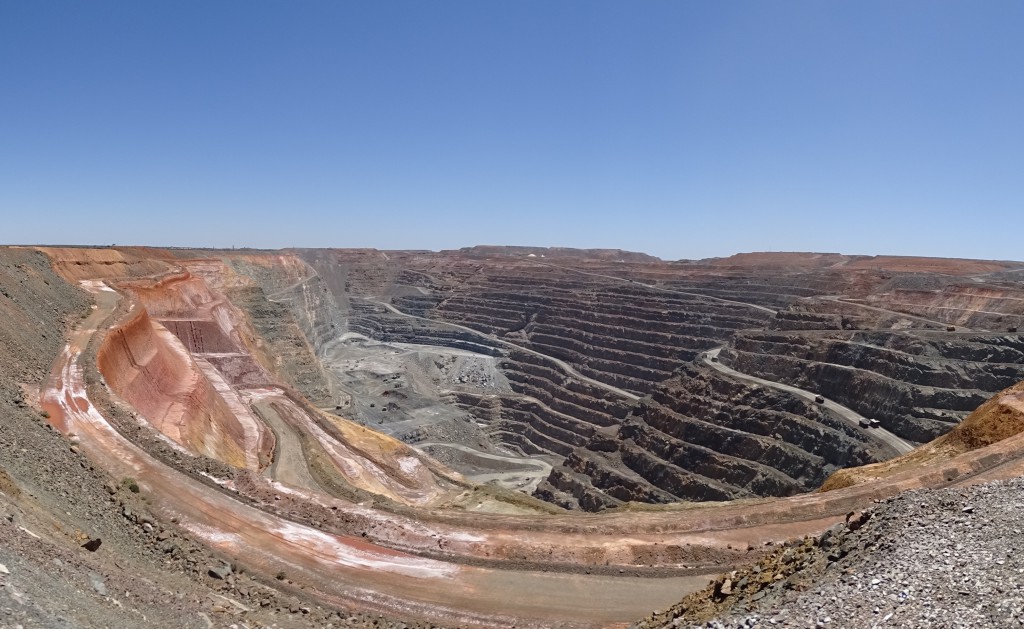 See the tiny trucks on the road on the right?

Ben also took the boys to the mining museum, where they got to sit in one, and went to see a mine blast (very loud & lots of dust). 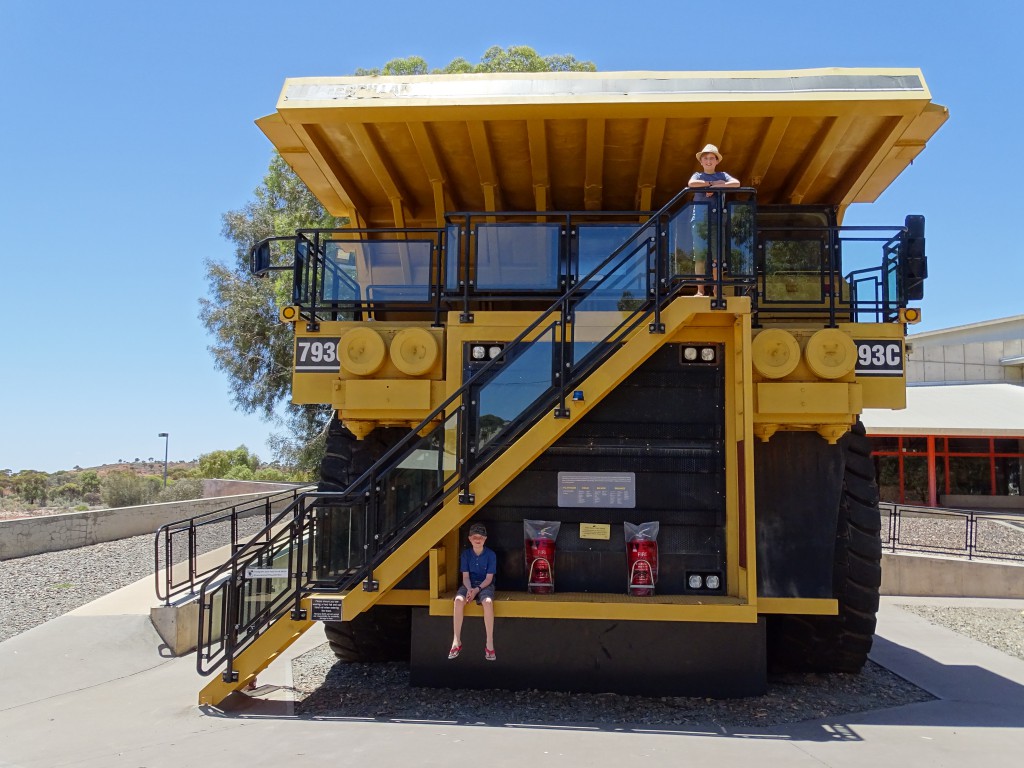 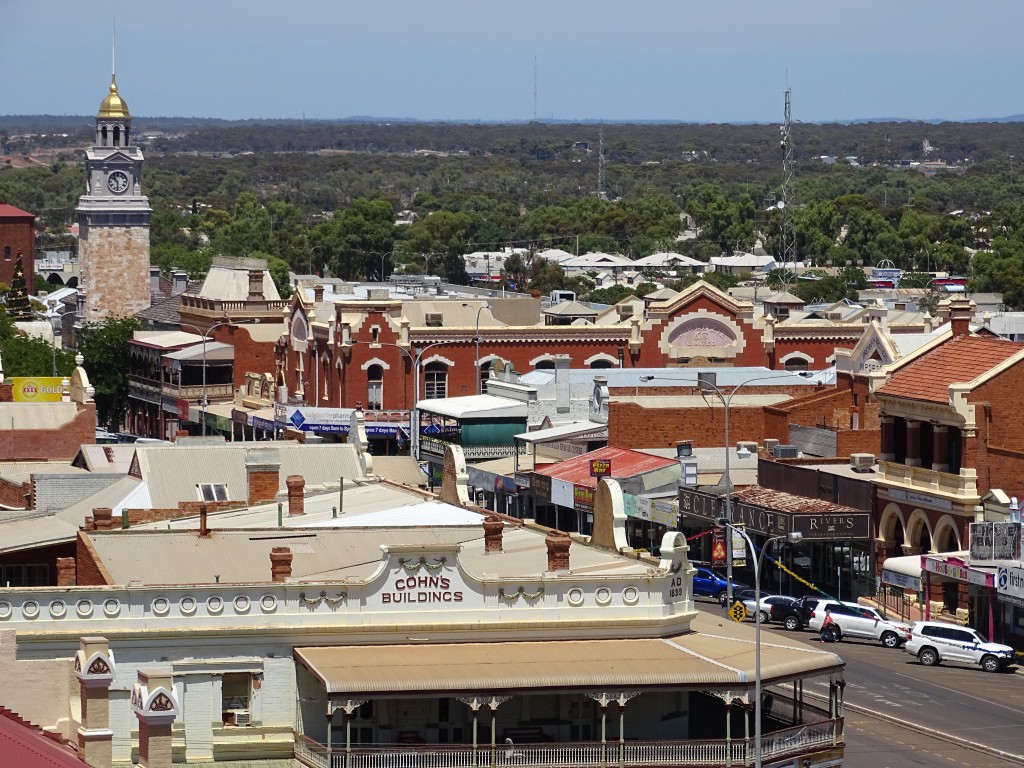 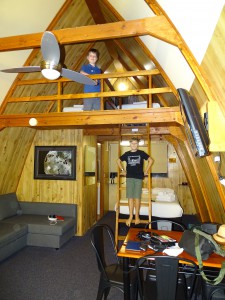 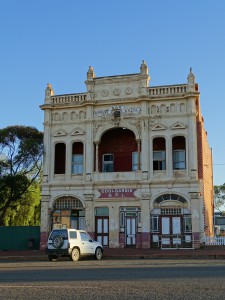 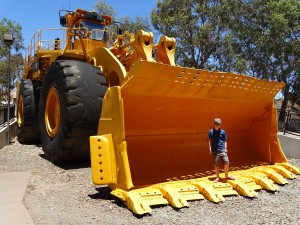 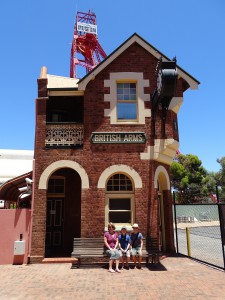 From Kalgoorlie we headed off to tackle the Nullabor Plain, the ‘treeless plain’  a virtual desert that sweeps across the bottom of Australia, seen as being an epic road trip here, stopping at the scattered roadhouses for fuel and rest. 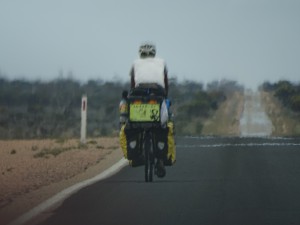 Doing it the hard way!

There’s not a lot here to see, but that’s not the point of it, it defies you with its scale and remoteness.  Despite it being summer, we were fortunate that the weather was unseasonably cool, in the low 20’s for our desert crossing. But it still made for a very long journey, which the boys took in their stride, watching DVDs mostly. 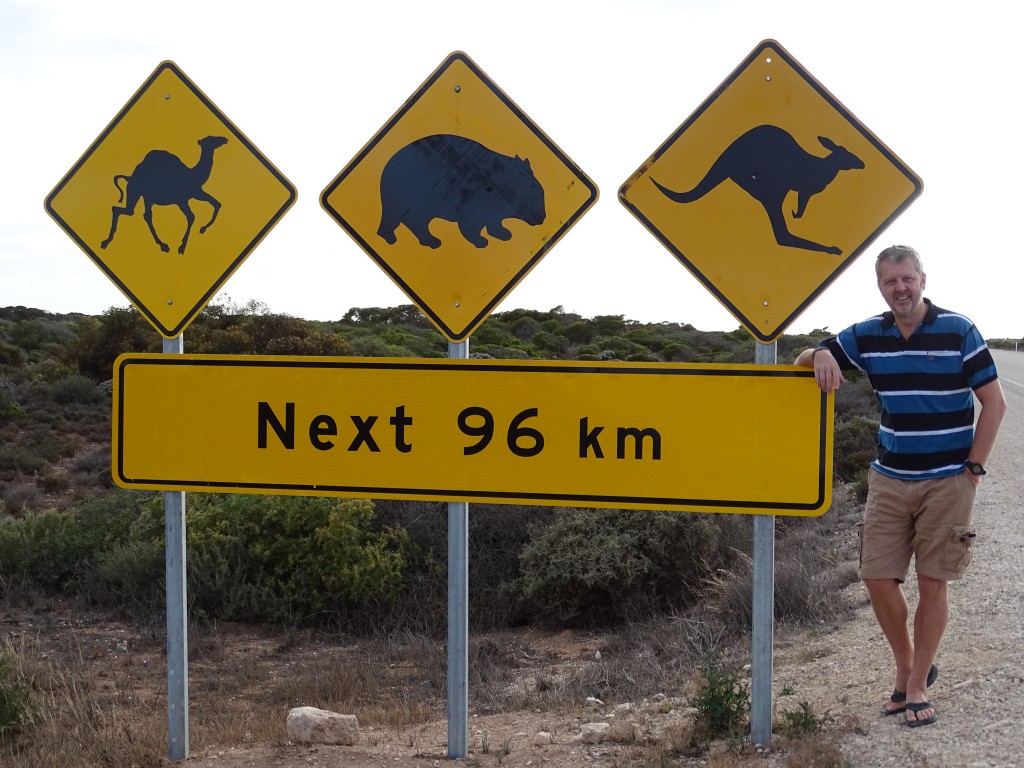 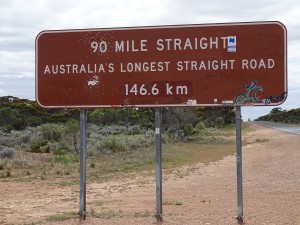 Now 2,000kms from Perth, we stopped at a once-vital old telegraph station at Eucla, now being slowly reclaimed by the shifting sands (I wanted to recreate a photo I had taken here when I was 2). We stayed overnight and had a fantastic meal in a roadhouse at Border Village, then we crossed the border into South Australia for our first time (ever for Ben). 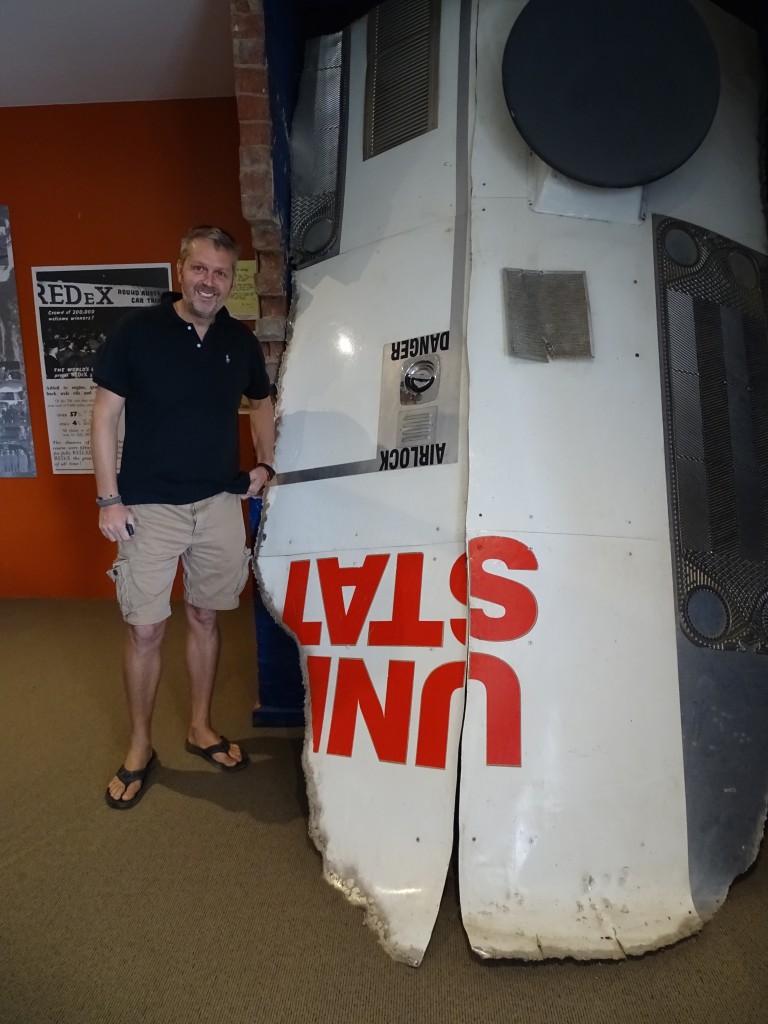 Part of the US Skylab satellite that came down here in the 1979s, the Aussies sent the US Govt a $400 littering fine, as a joke. The US President Jimmy Carter actually called the Balladonia Roadhouse to apologise for it landing in their backyard! 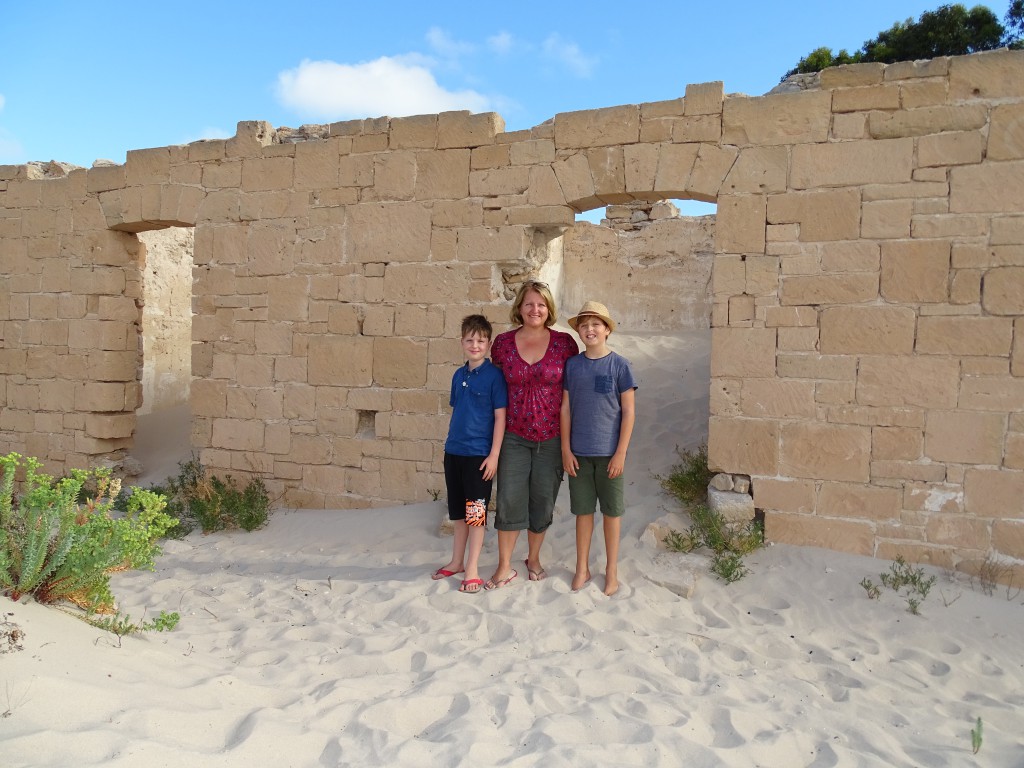 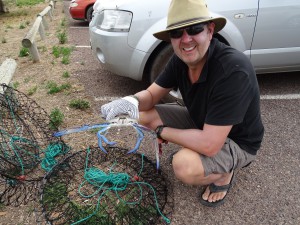 Here, once you hit the coastline, the views are incredible.  This is the Great Australian Bight, kms of pristine coastline, and in May-June, a nursery for Southern Right Whales (we’ve got this on our bucket list).  We camped for a couple of nights at Ceduna, famous for oysters and went crabbing.   Not bad way to spend a week! 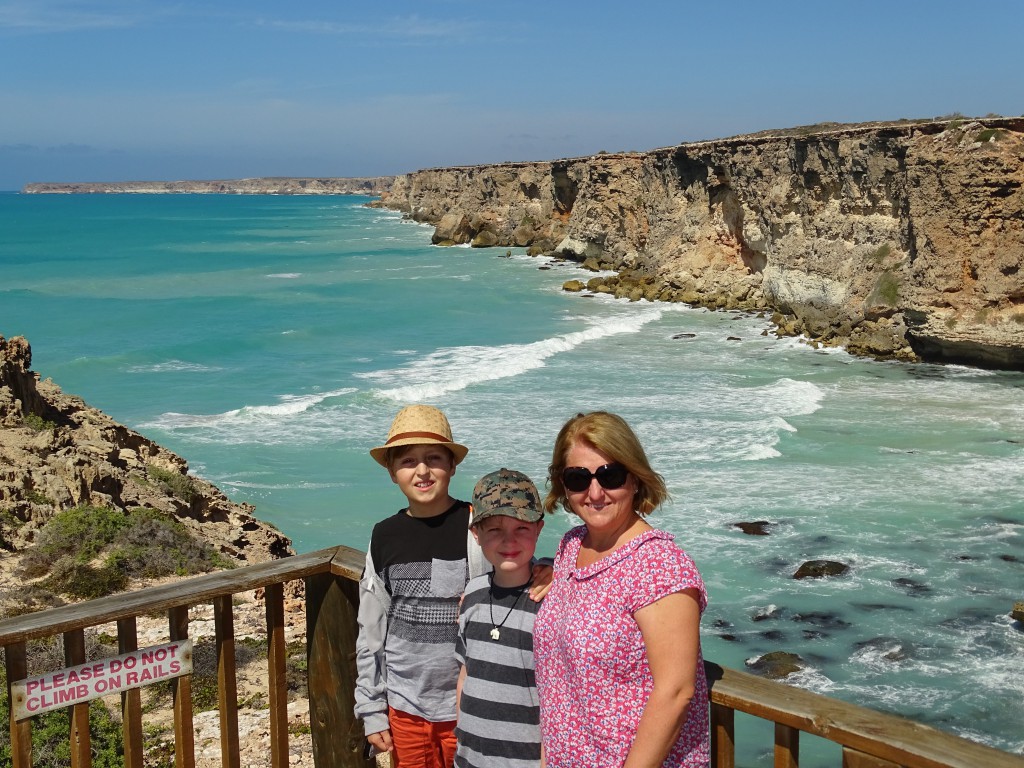 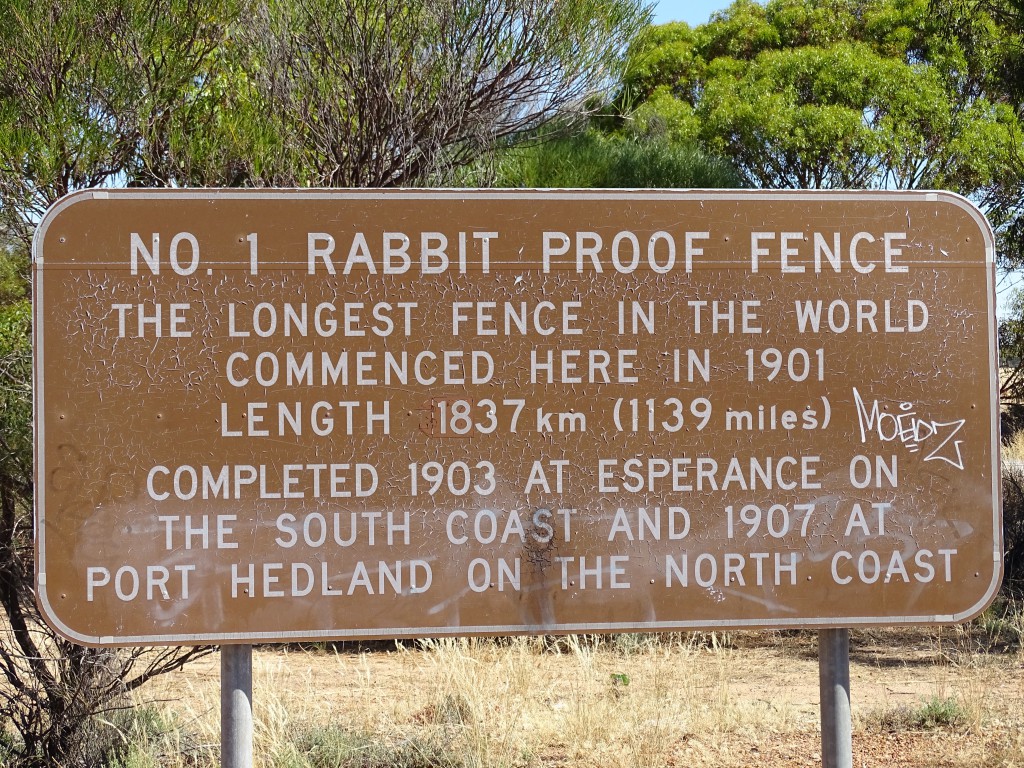 Rabbits were introduced in 1859 for hunting as sport but soon became a major plague problem in Australia. They still cause huge amounts of damage here, as do feral cats. 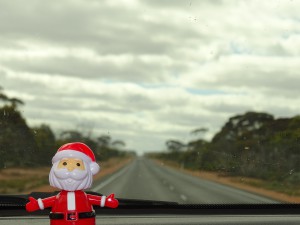 Now, we are driving up to Brisbane in time for Christmas, via Adelaide, then north through the wheat belt, vineyards and fruit farms that cover inland Australia.  So Merry Christmas to you all, and wishing you a fabulous festive season, wherever you may be!

4 Responses to Return to OZ. Travelling across the Nullarbor.