Thailand – From Chiang Mai to Pai 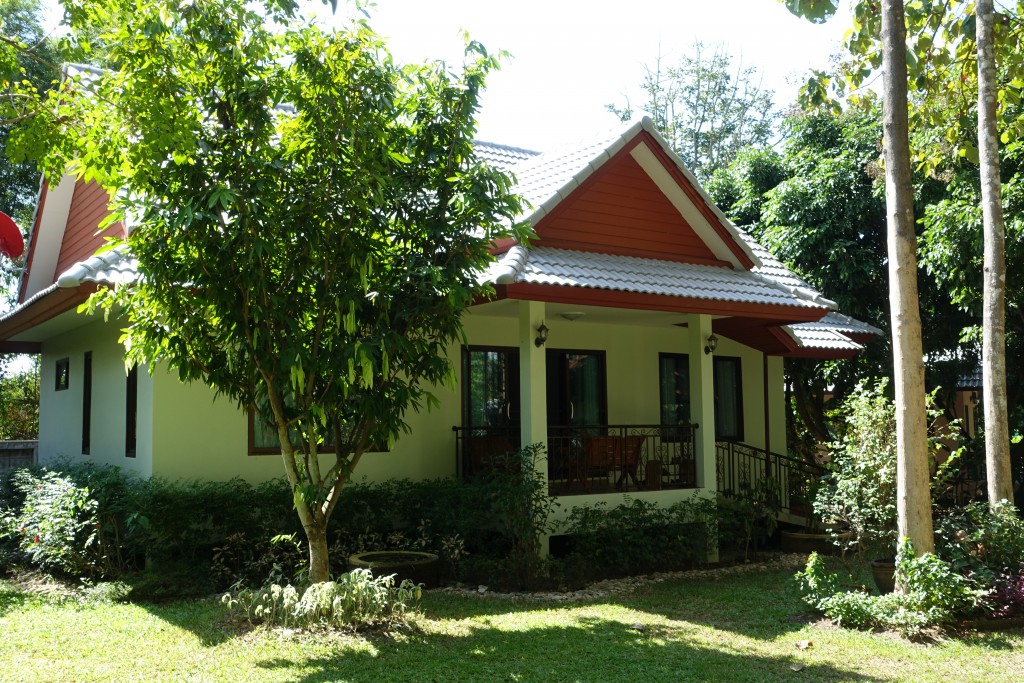 Our bungalow home from home at Le Saichan.

We came to Chiang Mai, in northern Thailand ready for some down time after nearly 3 months in SE Asia. Ben and I had visited before in 1997 with my cousin Sharon, and we struggled to recognise it, so much has changed, except that it is still a really friendly place to be. This trip we stayed in the area of San Sai, about 30 mins north in a gorgeous bungalow owned by the lovely Dear and her family on their former teak plantation, called Le Saichan. It’s a little slice of heaven and a great place for us weary travellers to have a bit of a rest. 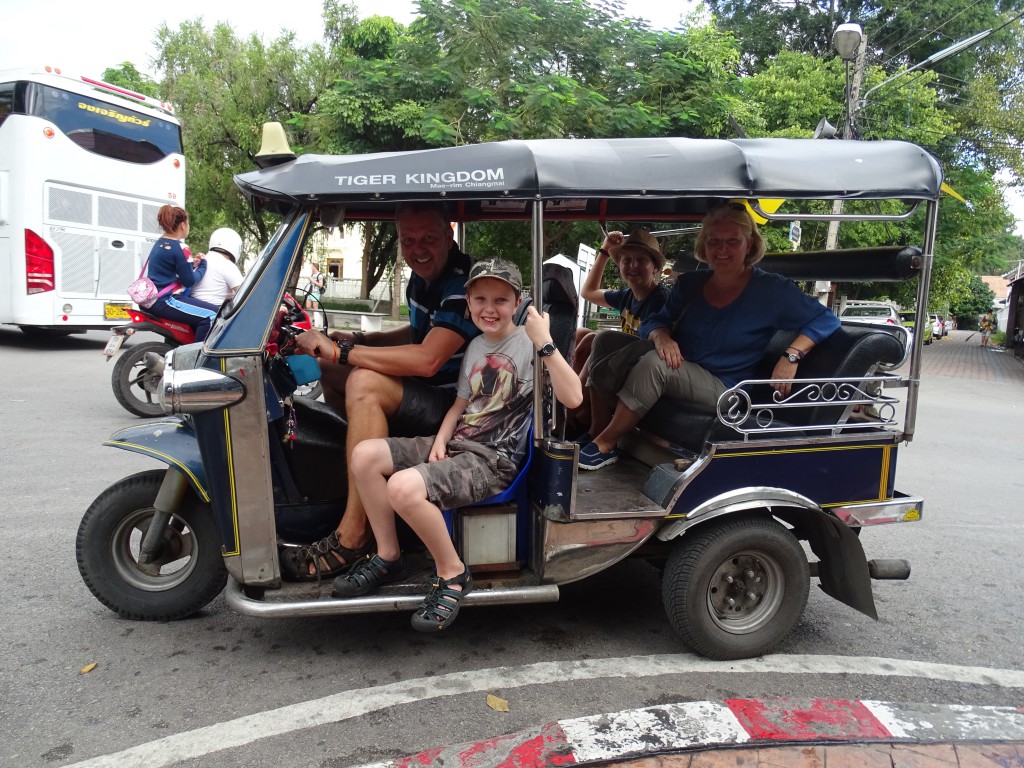 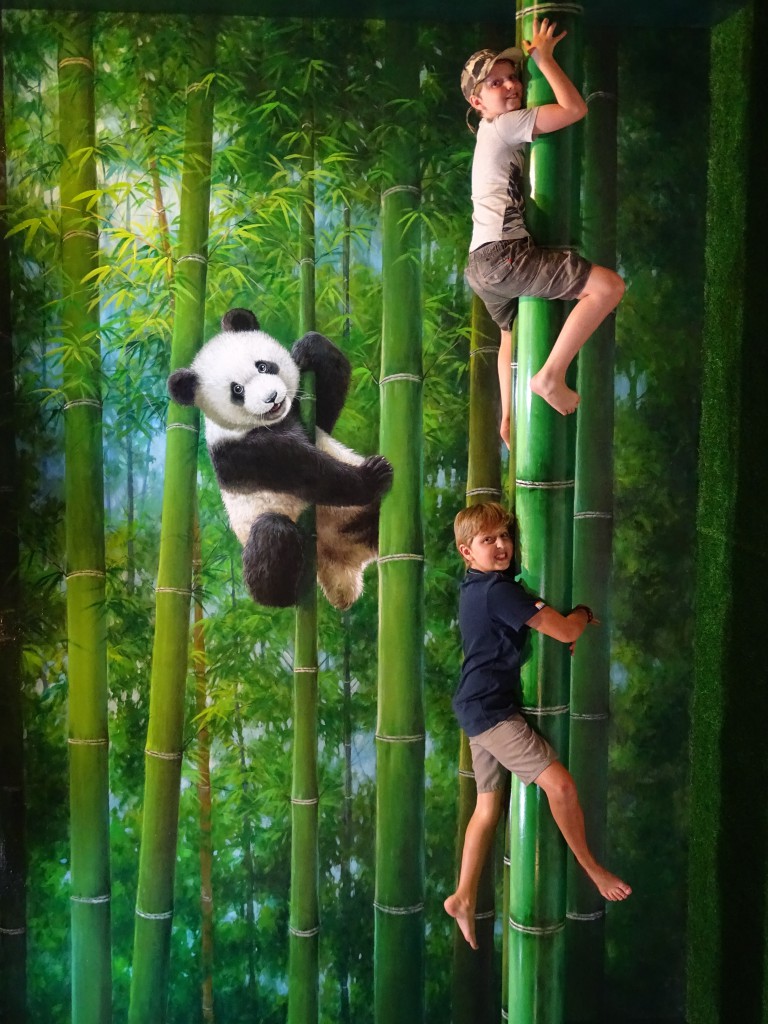 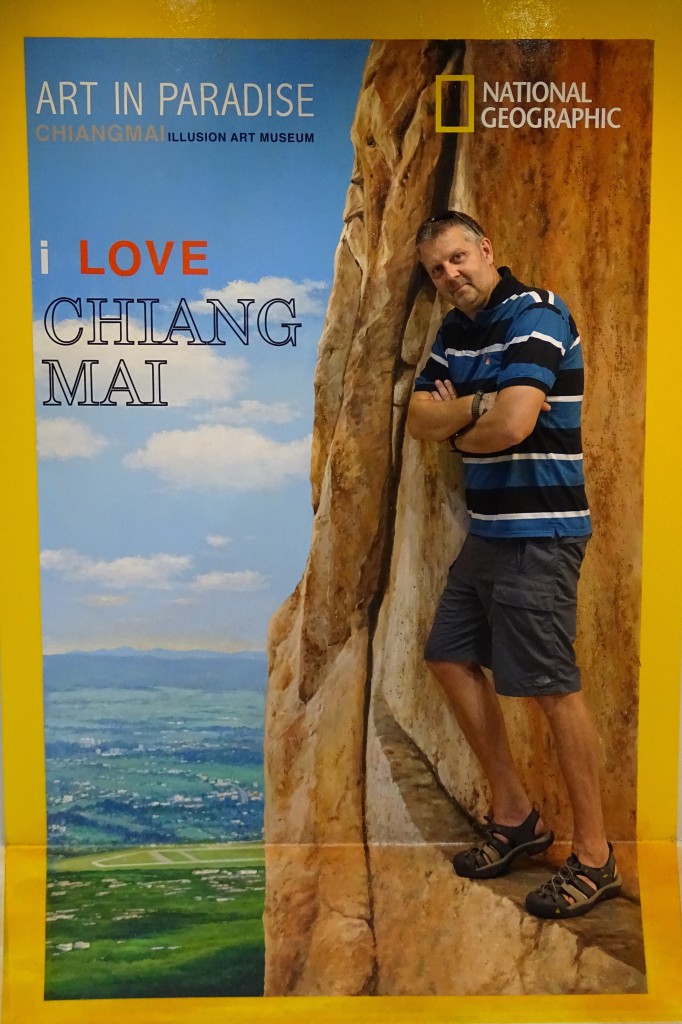 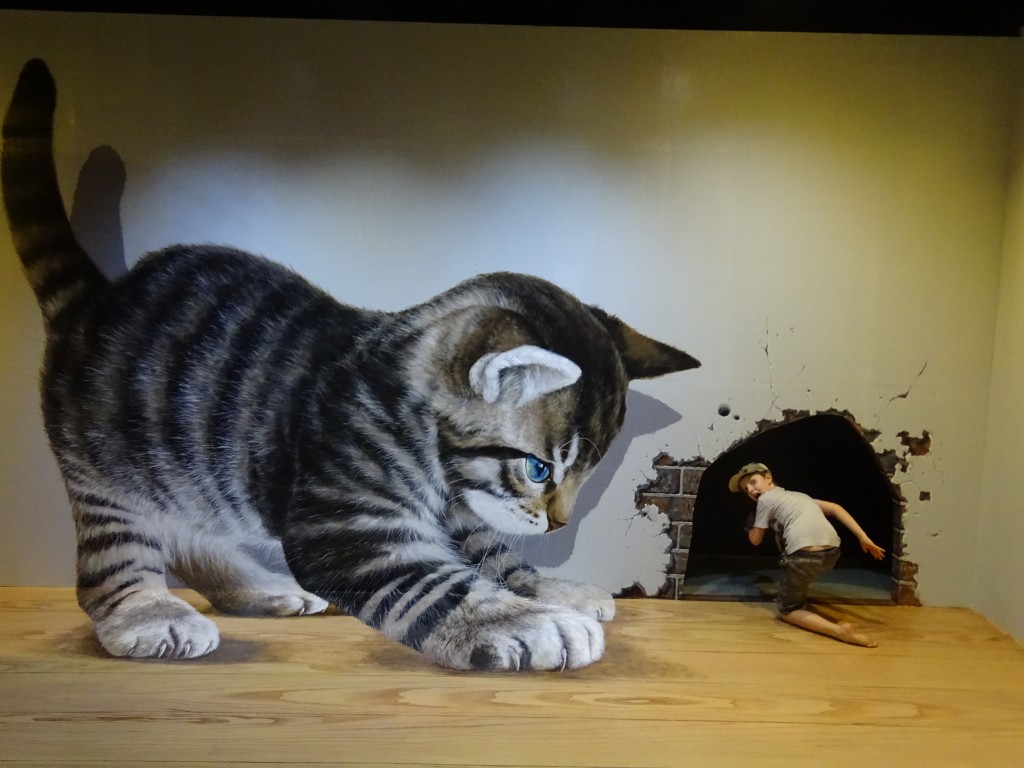 We did, however, rouse ourselves from the sun-loungers long enough to take the boys into town for a walk around the old walled city of Chiang Mai.  With an unexpected highlight being the 3D- Art in Paradise gallery  which turned into 3 hours of photography fun as you can probably see from the photos.

Walking Street is where the longest street market in Thailand is held every Sunday evening. We love markets and despite it being crazy-busy it did not disappoint, as the stalls are interesting, varied and good value. We ate amazing BBQ pork here, followed by Mango Sticky Rice (a firm Walker family favourite) from the street stalls. 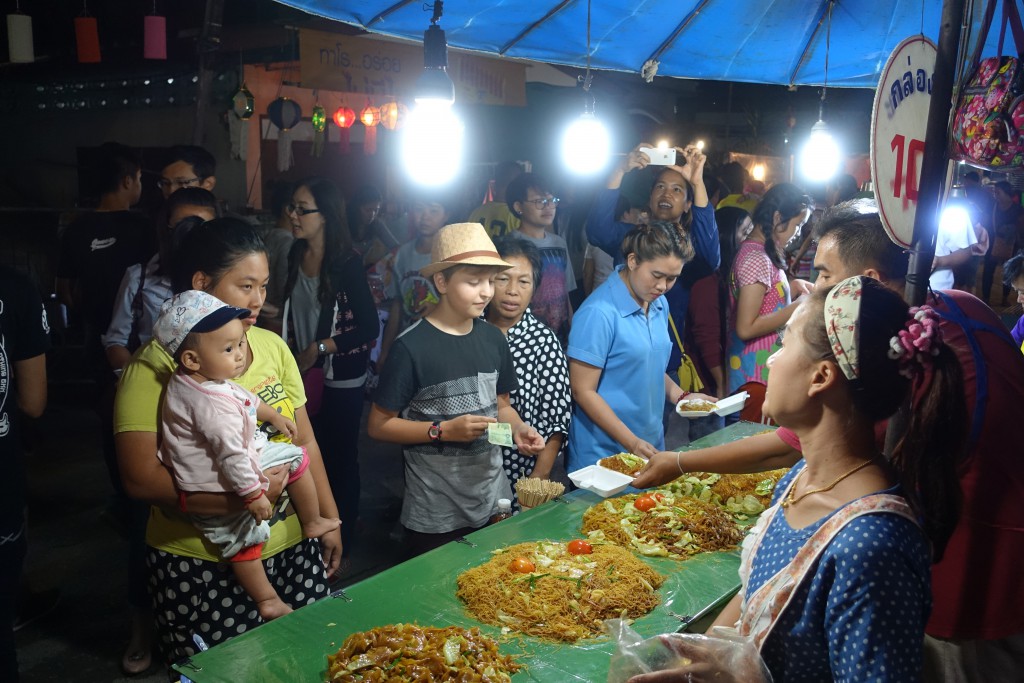 Cameron – always the first to check out the street food stalls

Thailand is the easiest Asian country that we have travelled in so far, being an eclectic mix of modern and traditional, with the most friendly people you’d hope to meet.  They are also very aware of the need for tourism here and the government makes a big effort to keep them coming – it’s clean, relatively safe and accessible.   And did I mention that the shopping is great?? 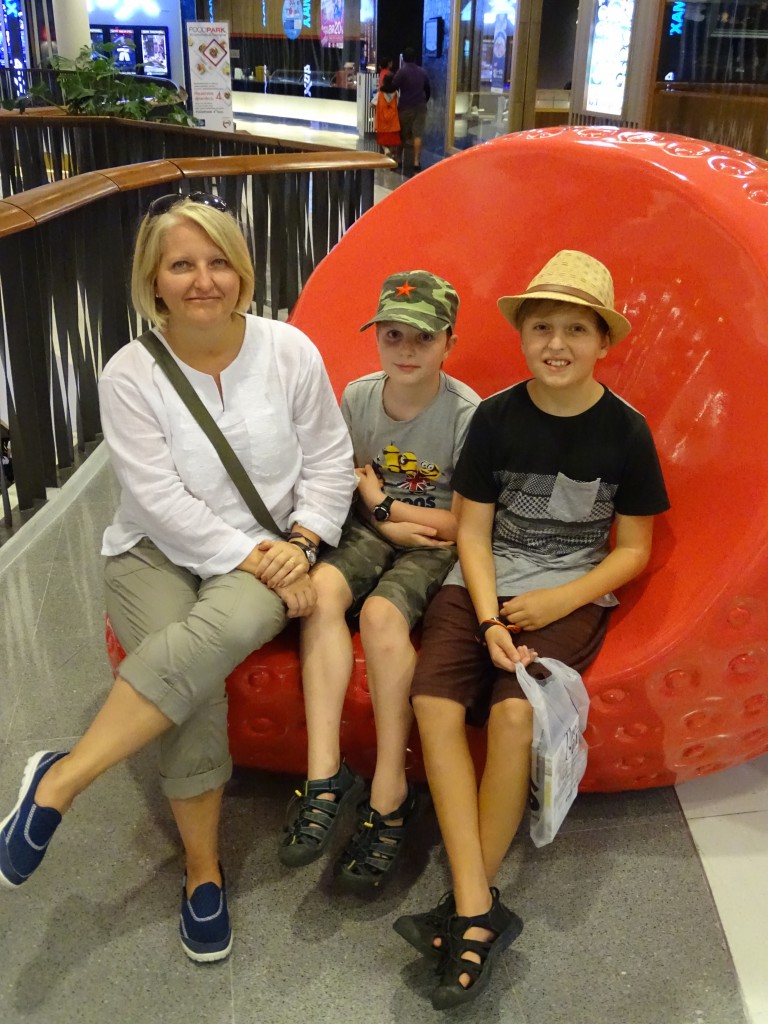 Retail therapy at one of the large shopping malls.

Another educational day was spent visiting the Elephant PooPooPaper Park where they have taken recycling to a whole new level. Once you forget you are dealing with Poo it’s quite fun to get stuck in and make some paper – it is a very tactile experience! 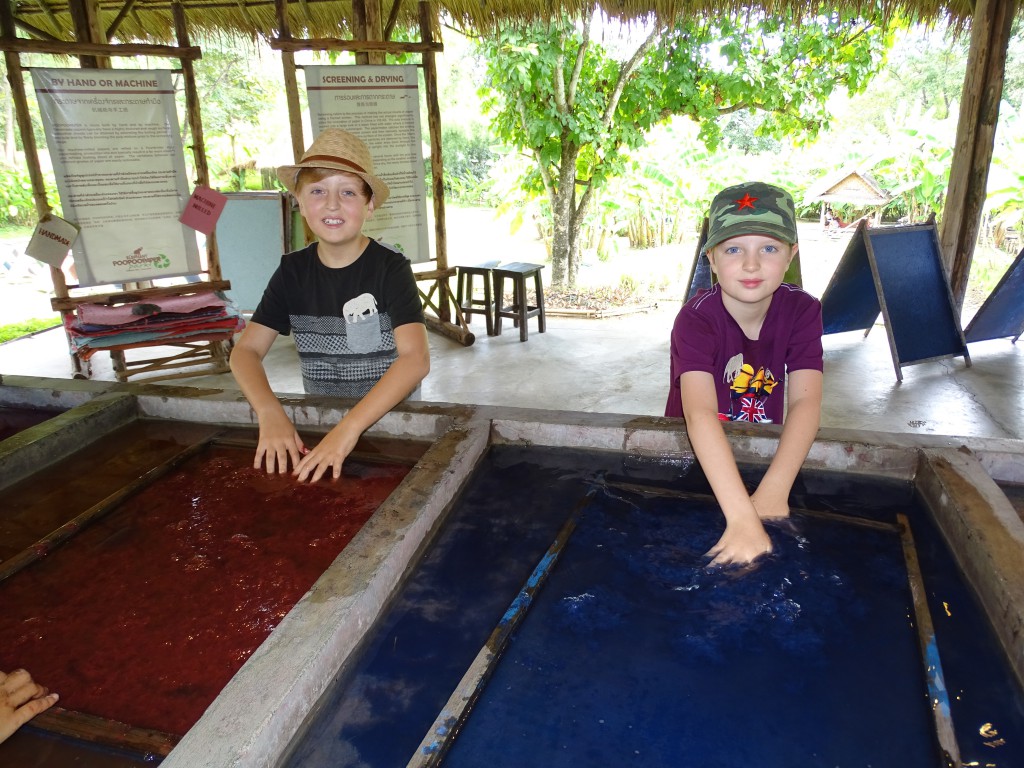 Chiang Mai is surrounded by the most beautiful mountain ranges, and so to see more of it we took the exhilarating drive to the pretty town of Pai (pronounced Pie), through the mountain range and nestled in a valley. But it’s not a trip for the weak-stomached since the 135km road famously has 762 curves! 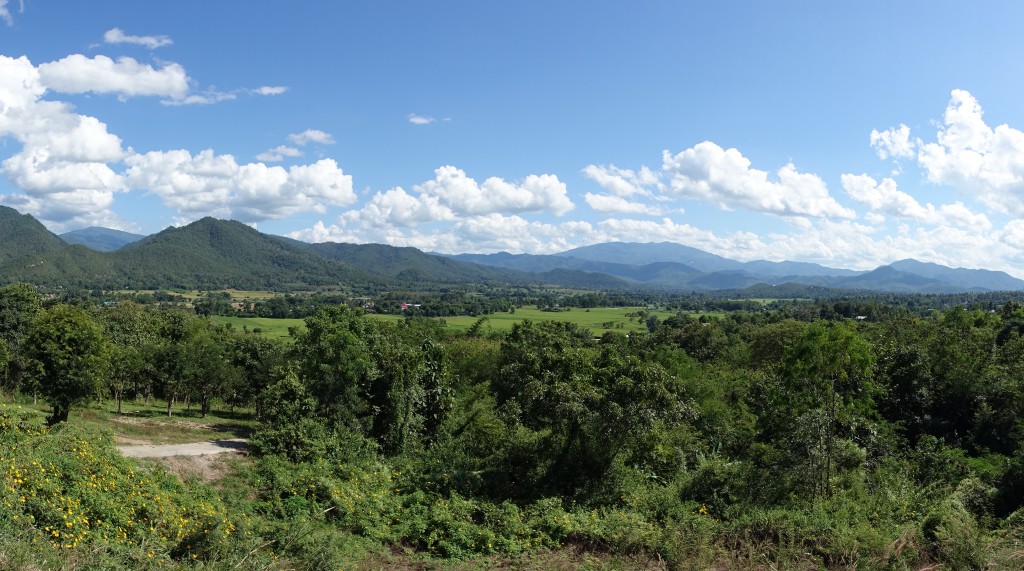 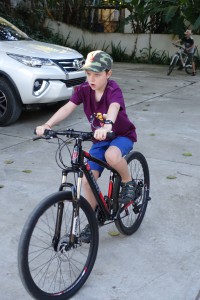 We decided to spent 4 days here in Pai, soaking in the cool hippie vibe it’s famous for (SO many dreadlocks!), hiring bikes and a scooter to get around. Ben took the boys on the scooter to the Piranha Fishing Park where Ollie caught a decent sized fish (thankfully not a flesh-eating variety), while Cameron checked out the café – he’s become a pre-teen in constant need of food. Fortunately, food in Thailand is amazingly tasty and cheap! Ollie’s favourite being Grandma’s pancakes, where he bought so many that she decided to teach him how to make them one evening! To get active after all the lovely food, we bicycled around the town, and Ben nearly killed us going up the steep hills – if there had not been a great coffee shop at the top I would not have made it! 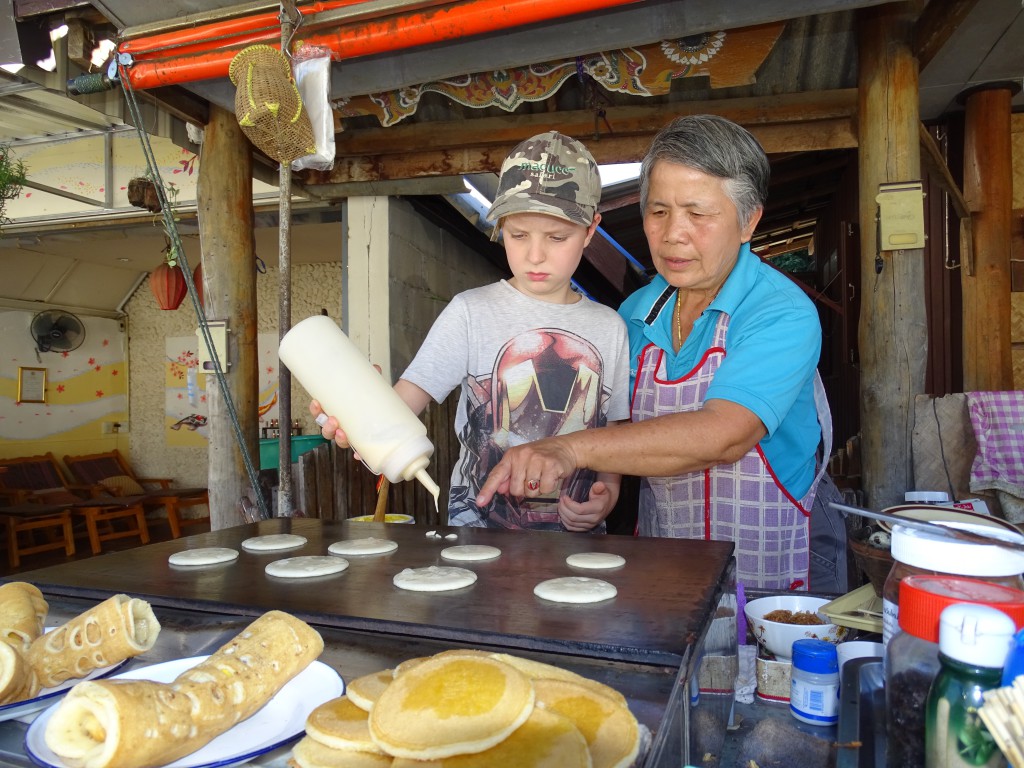 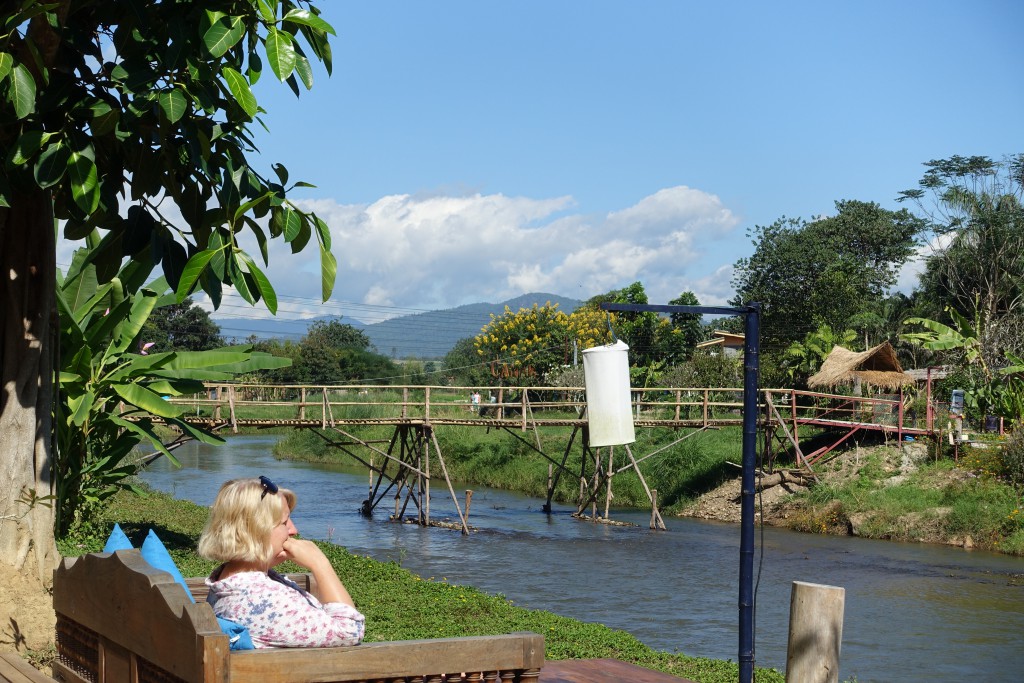 View from our hotel in Pai 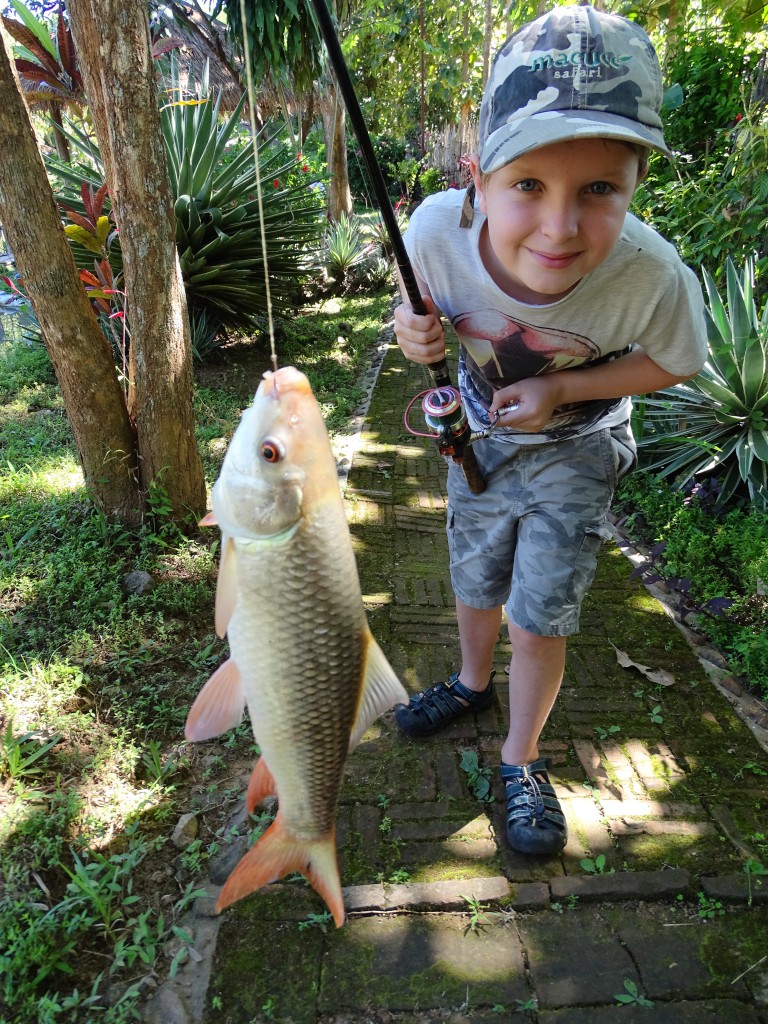 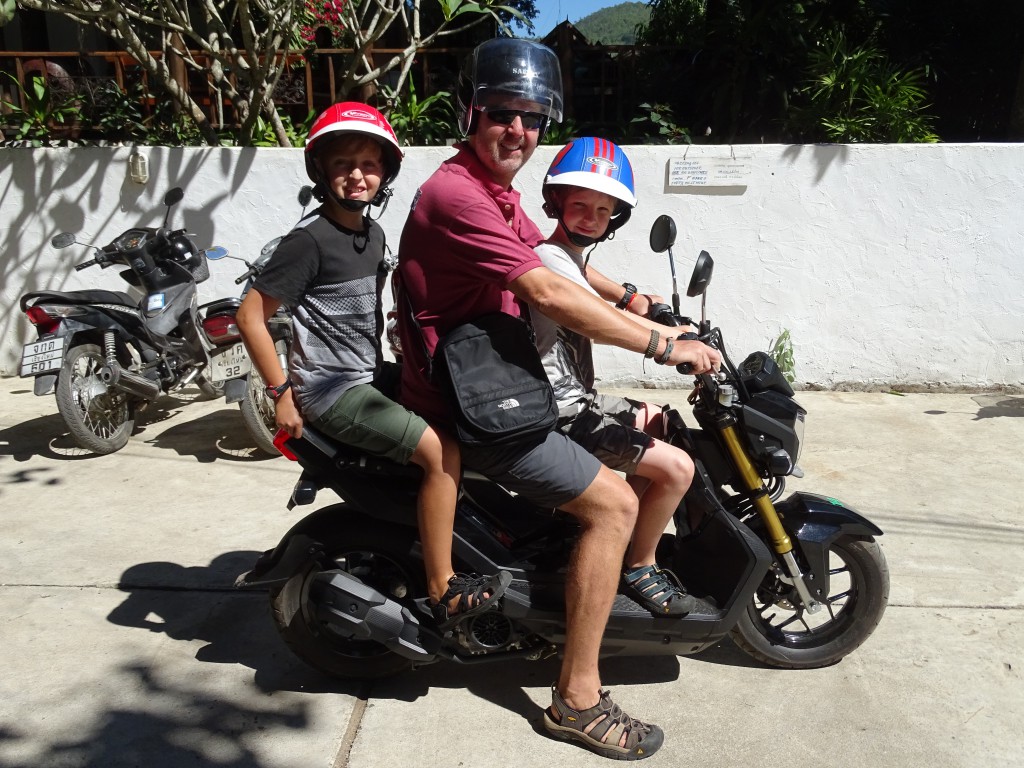 After a few heady days in Pai the boys and I got the mini-bus back to San Sai, while Ben decided to upgrade to a slightly larger moped (not the one pictured!) and challenge himself by riding the mountain pass back– I have never seen him so dirty and tired as when he finally rode through the gates of Le Saichan 5 hours later! 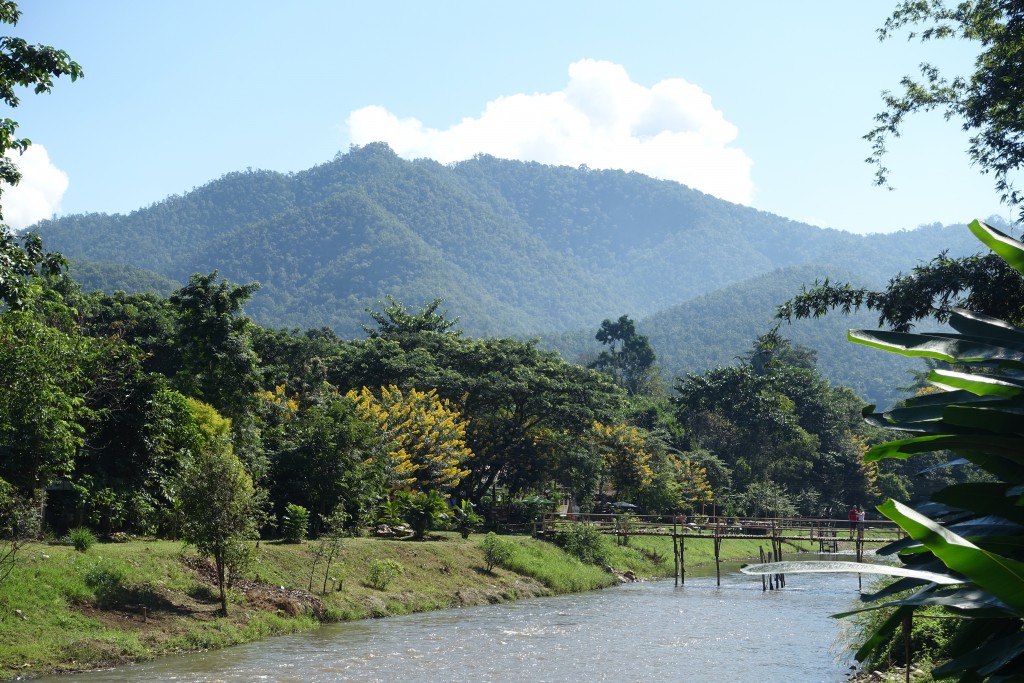 Pai – Thailand is just SO beautiful. 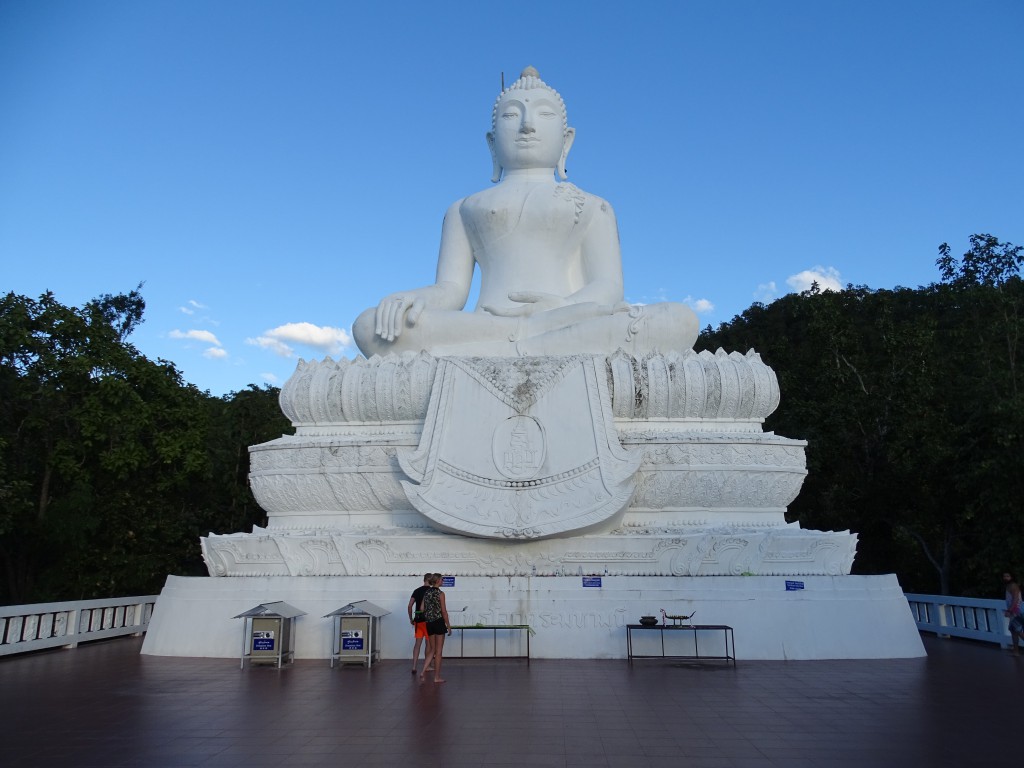 4 Responses to Thailand – From Chiang Mai to Pai