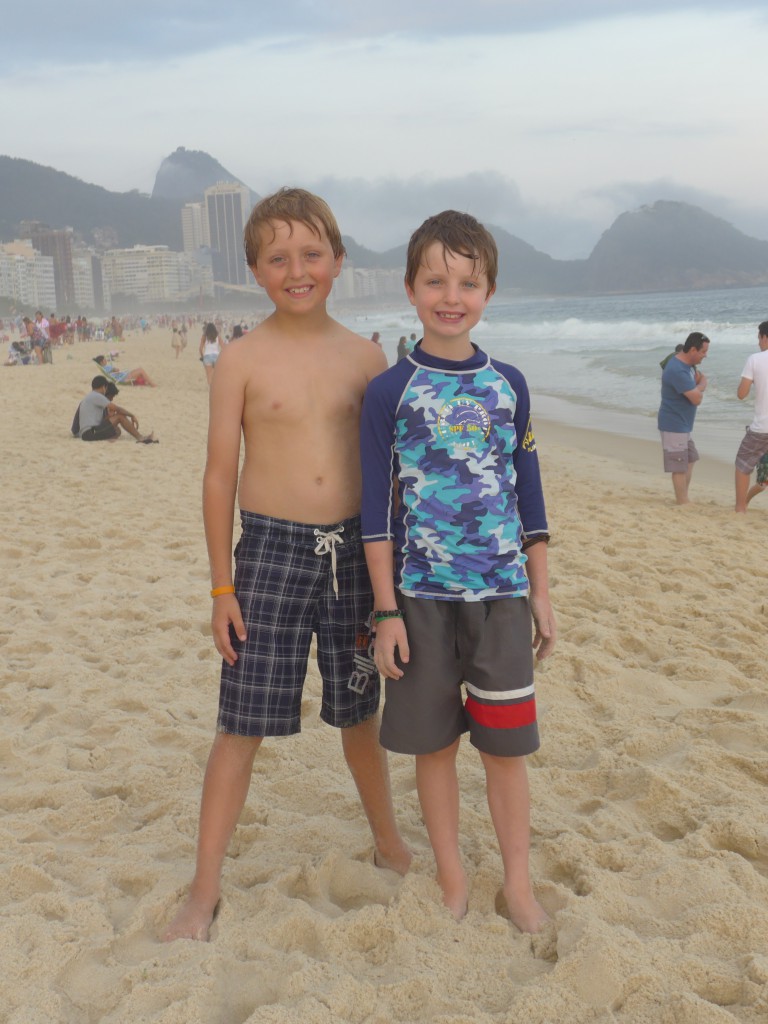 An 8 hour flight on American Airlines (terrible all male crew- gave us breakfast so late we were practically eating it on the runway as we landed) and we were in Rio de Janeiro, the ‘marvellous city”. Traffic is awful and our taxi driver insisted in giving us a commentary using google translate on his i-Phone with Ben which meant he didn’t have any spare hands for the wheel, rather scary! The slow traffic meant that drink sellers line the motorways and seem to be doing a good trade. We drove past the infamous Favela’s (slums) often portrayed as being wracked with violence and constant drug wars. Police are a massive presence here, on most street corners and even outside our apartment near Copacabana Beach. Some even carrying semi-automatic weapons. We have not felt unsafe here at all but maybe that’s because the pacification policy is working, although it’s a controversial one. 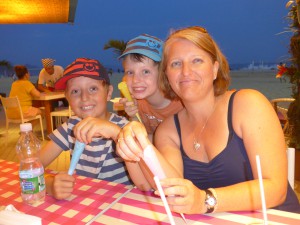 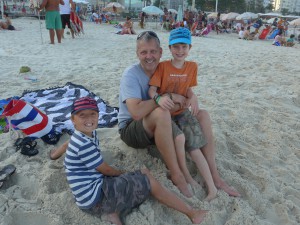 It’s been about 32c here during the day so we’ve been catching up on schoolwork in the mornings and heading to the beach most afternoons. 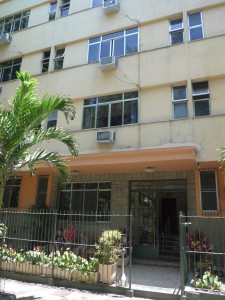 Jucati Apartments our home for the week. 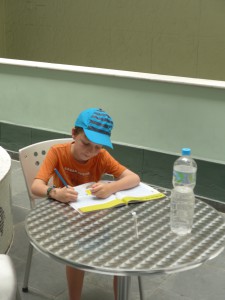 Catching up on Maths.

Copacabana and Ipanema beaches are very long and wide and quite lovely for what are essentially city beaches. The surf can be a bit too rough for much of a swim, particularly for Ollie, as the currents are strong, but it’s great for people watching. The bikinis are REALLY tiny and EVERYONE is kicking a football. Plus you don’t need to move much as beach vendors sell food, beer, prawns, blankets and even spare bikini’s should you need them. Ben is pleased that relative to the USA food is cheap and the boys have fallen in love with vendor food from cooked sweetcorn and caramel popcorn to chocolate churros all for under a pound. Cameron bought a bat and ball game, popular here with the locals who play it on courts on the beach, and we’ve been learning to play. And of course we sang the song for you Tony! 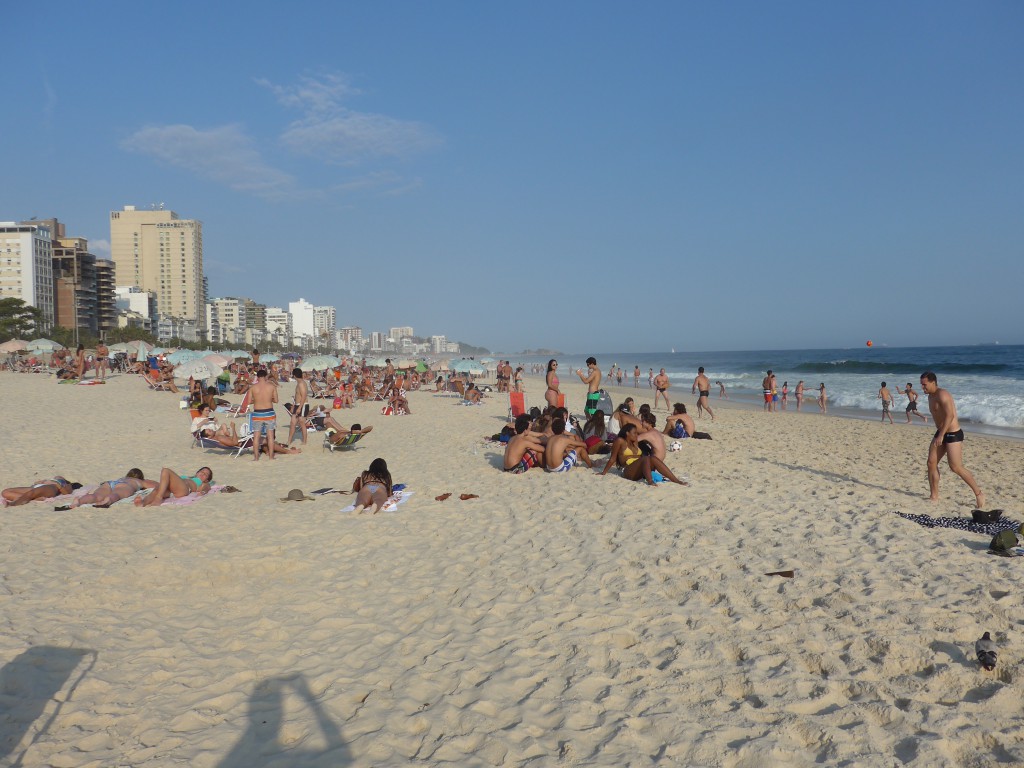 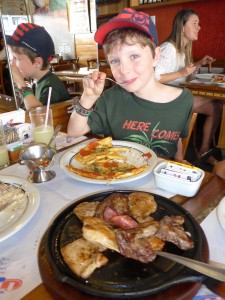 Not speaking Portuguese has been limiting but we keep trying and people help you out. We’ve even managed to catch local buses to the beach and markets, but the drivers are speed freaks and you have to hold on tight.  Ordering in restaurants can be amusing though, Ben ended up with a load of offal on a plate while I enjoyed a nice fresh salad tonight! Otherwise the food is very good, the Brazilian’s like their beef so lots of grilled meats, rice and beans are the specialty, delicious to a family of carnivores like us!  Freshly squeezed juice is also popular, in particular Acai berry juice (a superfood apparently) which is served very sweet and has slightly chocolate undertones.  Ollie drinks his body weight in Watermelon juice everyday and Cameron will try anything (except the offal, that was all Ben’s!) Tomorrow we have a tour with a local Cariocan (term for the locals – see the word RIO in this?) to give us a better understanding of Brazilian culture and improve our vocab! 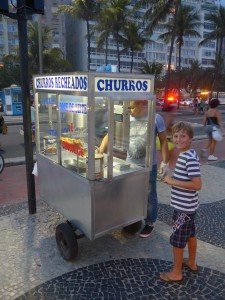 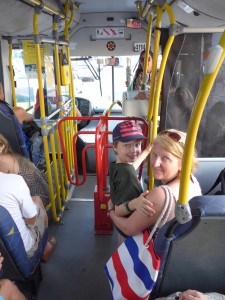 On the local bus. See the turnstile in the aisle?