Putting these two together doesn’t seem right as they both deserve their own blog, but by the time we get back to our accommodation each night we are just too tired to sit and write. So you can imagine how hard schooling is! In both LA and SD we decided to give AirBnB a go, and our experience was great. In LA we stayed on Hollywood Boulevard at the Dixie Hollywood Hotel, but in the owners apartment rather than a room that was bigger and as Cameron describes ‘more like a home’. An added bonus was that the hotel is in “Thai town” so we had took advantage of this by having 2 dinners at the Thai BBQ, only 100 yards away. 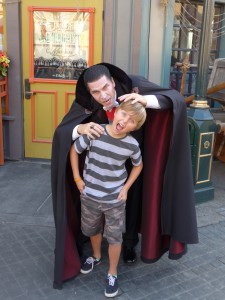 t our short time i 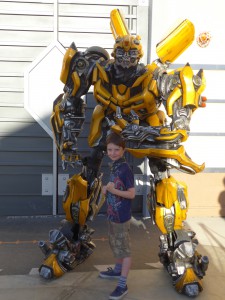 n LA doing the main tourist things, driving through Griffith Park to see the Hollywood Sign, driving along Sunset Boulevard, walking on the ‘stars’ stars and seeing if our handprints were as big as Daniel Radcliffe’s outside the Grauman Chinese Theater, all must-dos but a bit run down too. Go a bit further out of the main drag though and you are in some very nice spots. We really enjoyed the Farmers Market for some great Southern Gumbo. And of course we went to Universal Studios that was unusually quiet so we could just walk onto any ride – the joy of being here off-season! Another LA highlight was the fascinating Le Brea Tar Pits, right in the heart of the City, where they have been excavating huge numbers of ice age animal bones (including woolly mammoths and sabre toothed cats) for the past 100 years. 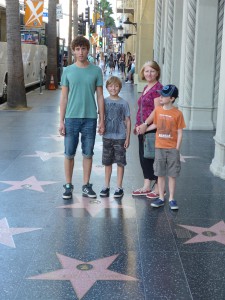 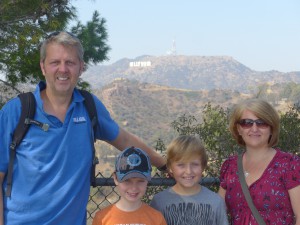 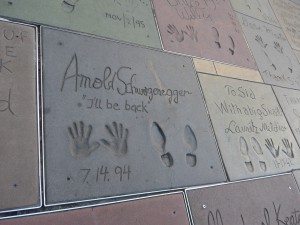 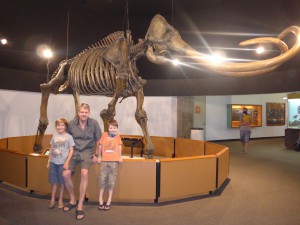 San Diego is beautiful. We stayed at Kimberly & Scott’s Pool House, another Airbnb home, located in the beautiful La Jolla area. With their recommendation we went swimming at La Jolla Cove and were surprised to be sharing the beach with sea lions. The big male in the photo surfed in on a wave just as Cameron was about to get it, he almost walked on water trying to get out of his way! (They will bite if threatened). We also visited the USS Midway, a decommissioned 1,000 foot long Aircraft Carrier that served as the Navy nerve centre of Operation Desert Storm in 1992. Cameron and Ollie got to sit in the “Mini boss’s” chair during the tour so that they could pretend to direct the planes landing. We are definitely coming back to San Diego again. 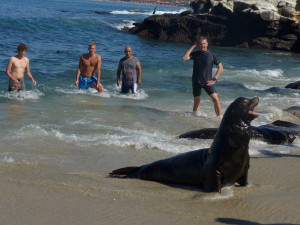 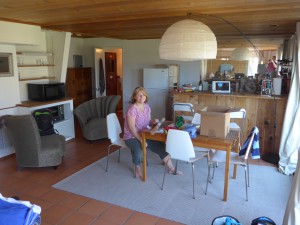 After an epic 7 weeks together, sadly we had to say goodbye to Dan in San Diego, since we are both embarking on the next leg of our respective journeys – we are heading back east to Miami before flying to Rio De Janeiro, while Dan has another 7 weeks in the USA where we he is planning to travel back up the Pacific coast. We left him at a brightly painted hostel at Pacific Beach, both of us reminded of our own back packing days in our 20’s!!! 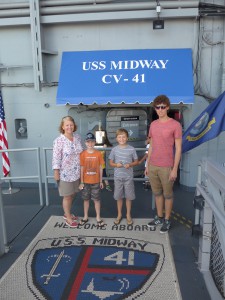 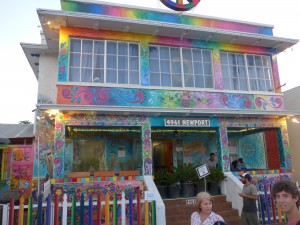